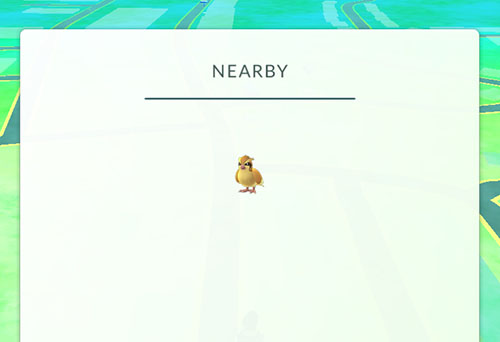 So this is the inevitable blog post about Pokémon Go.

First off, I play – there you go I said it.  Now we’ve got that out of the way can we move on.

You see I don’t know what’s so wrong with playing the game or what’s quite so awesome about playing it either.  If you get my meaning?  Friends and colleagues seem polarised; baffled or really into it.  There’s a binary going on there that’s really quite interesting.

In a previous post I touched on non-immersive and immersive experience in our Cabinet of Curiosity and in a future post I’ll have a go at expanding this discussion into my own performance and gaming practice looking particularly at how this chimes Mizer’s ideas on rhythms of engagement and non-immersive play (Mizer, 2014). However, for this post I thought I’d chat a bit about enchantment and disenchantment and how this might (tentatively) link to play and response in Pokémon Go (eventually this work will relate back into my current Performance Magic PaR Project, but, once again, that’s for a future post).

I’ve been reading Saler’s As If: Modern Enchantment and the Literary Prehistory of Virtual Reality (2012) and it’s useful in showing that the binary response to the experience of fantasy is not new.  As a process of that dirty word Modernism, the West in particular has seen a systematic disenchantment at all levels.  Enchantment was pushed into the margins. And we know how people like to marginalise.  In a previous post I mentioned the notion of between jest and earnest in the middle ages, this happy place where enchantment and disenchantment can co-exist is something that was squished by the Enlightenment and all the darn progress that came before.  So we were left with, according to Saler’s overview, enchantment being seen as symptomatic of the inferior; the primitives, children, women and the lower classes.

This appears to be similar to the detractors of Pokémon Go players. Not to seeing the playfulness in a game that finds a way to create an enchanted universe seems to me to be disenchantment in a big way.  Saler mentions William Shatner’s (comic?) plea for Star Trek fans to ‘get a life’ but enchantment can be part of life. And should be part of life.

But what of playfulness? Pokémon Go has been, if you believe the internet, plagued by cheaters; OK so spoofing your GPS is a little silly if you want to cheat at a game that thrives on the experience of being out in a real/fantasy world of boundary – but are Pokémon Trackers bad?  Surely they are part of the encompassing enchantment that the game provides?  Multi-levelled ways to experience the world represented by this little app.  Personally, I felt more engaged in the experience when I could play across apps tracking and capturing Pokémon.

Let’s enjoy Pokémon Go and the possibilities of the re-enchantment of space it may represent.  If you don’t like the game that’s fine, but don’t criticise the game on the basis it being a pointless folly as to do so is to undermine principle of fantasy and enchantment that we are so lacking.

Mr Punch goes to Horror Con
Magic and the Body