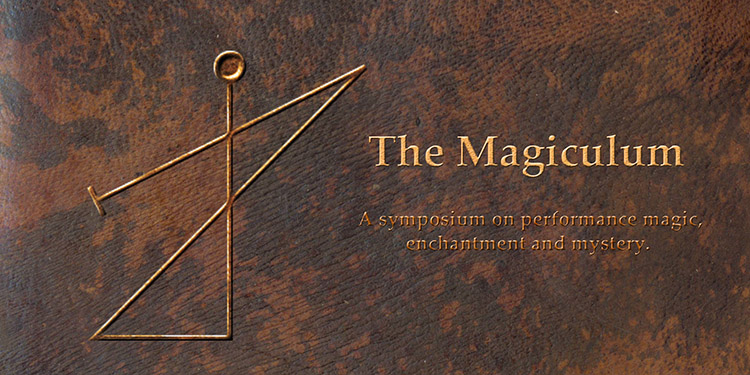 The Magiculum: A symposium on performance magic, enchantment and mystery.

Saturday, 10th June 2017 in The Sir Patrick Stewart Building at The University of Huddersfield.

Hosted by the Magic Research Group at The University of Huddersfield – The Magiculum is a one-day symposium on magic, enchantment and mystery, exploring performance magic as a map for re-enchantment in all its forms. Taking a deliberately open approach to the work, we hope for a day of papers, provocations, short performances on notions of the performance and the study of magic.

The broad plan for the day is to have a series of informal panels, space for each speaker to present for 15-20 minutes, and space to discuss work and practice.

– Magiculum is a term that emerged from considerations of the curriculum for magic in all its forms. The term evolved to include the study and performance of magic, and the physical gatherings of broad minded magicians and mystery entertainers. It is also the title of an edited volume of essays by Academic Magician Todd Landman published in 2014 by EyeCorner Press.

Trickerion: Legends of Illusion
Halloween Happening 2017 – The thinning of the veil …